Showing posts from March, 2021
Show all

An old bug has just been exterminated 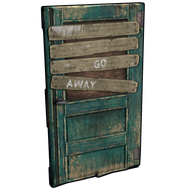 As it was officially published today on a few communication channels, an old "backdoor" through which computer-savvy players could have gained privileged information about a game they are playing has just been shut and welded. The "backdoor" wasn't deemed too relevant for single-player games, but with the expansion of Longturn multiplayer communities, it started to become a problem. Due to the nature of the map generator, it was possible to recreate the map you are playing at if you managed to find out the exact second the game was started because the generator used the computer time in seconds as a seed for generating the map. Even if the exact time was not known, it was possible to create several maps and compare them to the known area around your units.  The "backdoor" is removed starting from Freeciv version 2.6.4 and all Longturn games from LT59 onwards have already been starting with a patch. It is not completely certain if this will affect
Read more

For some people one of the most fun class of games in Longturn is a team game, and one just ended. Louis and Cgalik were kind enough to share their reports of the game and we are posting them here. Also, Hans Lemurson was making a day-by-day account as events were unfolding and his VERY detailed story can be found here . In the end, team Hellcats achieved victory over Vectron's Imperial Navy.   Cgalik's report We all started in a pretty concentrated cluster of islands. Illkachu and Hans at the center, with Yknot eventually next to Ste, Jwrober/Zoe near Xandr/ghamath. Besides these fronts, there was a only a handful of shared islands. kamblr and kevin, cgalik and bamskamp. (Part way through the game Louis replaced Illkachu, but he remained on our team and we enjoyed him observing on occasion as well in-game.) I'm going purely off of memory here, so lots could be wrong. Yknot, the newest player to the game ended up next to ste, a LT vet. Ste in the end had the best s
Read more

News from the Wiki

By Corbeau March 05, 2021
Some documentation is finally being put together for the main Longturn ruleset. Also, a section called "Basic strategy" was created in the Simulation ruleset manual. First things first, Wieder's list created long ago has been moved to Freeciv Wiki for easier access and can be found on what is for now the official Longturn ruleset page . It contains the main differences between the tradition Longturn ruleset and the classic (Free)Civ rulesets that common players have been playing before coming to LT. With the main changes being that Settlers cost 2 population units and no rapture, there are many other features that a new perspective Longturn player may want to check. The document itself is not cast in stone because the ruleset varies from game to game, but it is definitely a good start and a comprehensive list of what has changed . As for the Simulation ruleset , with such drastic conceptual changes it seemed that a basic strategy guide may come in handy so it is now an i
Read more
More posts